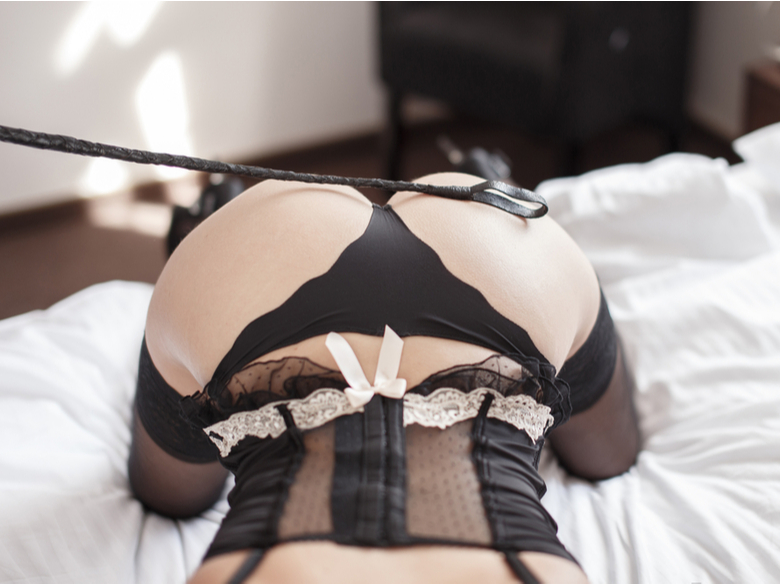 The private jet waited on the runway.

Jeff looked out of the window and saw the exquisite blond walking across the tarmac dressed in a stunning gold wrap dress and matching heels. She shimmered like a glittery statue that you could display on a mantel. He couldn’t wait to wrap his arms around her waist and kiss her, he thought, as she strutted up the airstair and into the plane.

“Jeff,” Nicky said. “I’m so happy you invited me on this trip.

“It will be unlike any you have ever experienced,” Jeff said. “I can promise you that so buckle up.”

Sliding into the plush leather seat next to Jeff, Nicky fastened her seat belt as Jeff’s hand grasped Nicky’s thigh. She smiled. Nicky could not wait to get this man naked.

Within minutes of Nicky’s arrival, the jet rolled down the runaway and into the sunny, blue sky. Clouds floated past the window. A flight attendant appeared from seemingly nowhere with two champagne flutes filled with bubbly.

Jeff downed his champagne and clasped Nicky’s hand. “Come with me.”

“Oh, I plan to,” she said, smiling and slipping out of her seatbelt.

Following Jeff to the back of the plane, he opened a door to a room with a wall-to-wall bed. The white linen covers were already turned down, and drawn blinds created instant night as a dim lamp created an amber glow.

Jeff pulled Nicky toward him, and the pair kissed passionately. In a flash, Jeff pulled the tie loose around Nicky’s waist and her gold dress fell to the floor. Wearing only a gold thong, Jeff’s hands squeezed Nicky’s gorgeous breasts as his tongue made light circles on her neck. Brooke reached for his zipper to free his hard dick. He was rock hard. Game on.

She leaned down and with her teeth, unbutton each button on his starched shirt.

“You are one talented woman,” Jeff said.

“You haven’t seen anything yet,” Nicky said.

She stroked his black hairy chest and ran her tongue down his chest while unbuttoning his khaki slacks. Jeff wiggled out of them and tossed them into a corner of the room. Nicky’s mouth engulfed Jeff’s cock, and she began to suck him. Her blow jobs always had the same effect on men. They lost their minds.

“Bend over,” he said, surprisingly.

Putting her hands on the bed, she leaned over as Jeff fingered her pussy. With each stroke, he explored deeper and deeper as Nicky’s wetness began lubricating his fingers.

His fingers moved from her snatch to her asshole — something he always coveted but so many women hated. Not Nicky. Reaching over to a table, he squeezed a handful of lube and probed her. One finger, two fingers, three fingers and then he slipped out his fingers and slid in his hard cock. Her ass took it eagerly.

“What a woman,” he said as he thrusted in her.

“Love it,” she said, taking his cock with ease.

Grabbing her tits, he pounded her relentless until he felt himself explode in her. He had often imagined fucking a woman in his jet like this, but never though it would be possibly. That was until he met Nicky.

She slid on the bed and rolled over, displaying her bald pussy. Her fingers explored her pussy as Jeff watched.

“All yours,” she said, teasingly.

Jeff dove in as the plane hit a patch of turbulence right as his tongue began to explore Nicky’s deliciousness.

“Oops,” he said, losing a bit of control.

“Getting bumpy in here,” Nicky said.

“Getting wetter in here,” Jeff said, delving back into Nicky’s juicy wonderland.

Nicky moaned as Jeff devoured her clit with heated intensity.

“You are the best connoisseur of pussy,” Nicky said.

“Love it,” Jeff said coming up for air for a second.

Usually able to prepare for her orgasms, Jeff’s rough lashings made her lose control unexpectedly, and she came fast, thrusting her hips toward the plane’s ceiling. But he didn’t stop. His tongue and fingers kept exploring. Giving into desire, Nicky arched her back and screamed with ecstasy as she squirted in Jeff’s face.

Ramming his hard cock into her pussy, the pair fucked in rhythm that matched the rocking on the plane. Nicky felt like she was on a cloud as Jeff’s amazing cock made her feel as if she was hypnotized. Jeff grunted as he grinded as deep as possible in her cunt. Releasing a primal growl, Jeff came again before collapsing on Nicki. He laid there for several seconds before he rolled over.

“I’m glad you inducted me into it,” Nicky said, her curves glistening with sweat.

“This is a three-hour flight, doll,” Jeff said, looking at his phone. “And lucky for us, we have nearly another two hours.”

“What do you have in mind?” Nicky asked as she grinned widely.

Jeff rolled out of bed, opened a drawer in the cabin’s wall, and pulled out a black leather riding crop.

“I think a few lashings,” Jeff said. “For a very naughty girl.”

6 Secrets To The Perfect Quickie

From Domination to Dressing up: These Are Men’s Top Sexual Fantasies ?

Red Door Agency has Temporarily ceased trading in response to the coronavirus outbreak.

Your health, safety and that of our staff and companions as well as our social responsibility has always been a priority.

To our much loved and valued clients if you have an existing pre booking or enquiry please contact us via text on 0488 551 025.

We look forward to servicing you again soon, hotter than ever.

This will close in 30 seconds